Effective last month, the European Union began an austerity program that will continue into first-quarter 2023. The program requests that consumers and companies conserve natural gas by reducing purchases 15% relative to a year ago to allow stockpiling ahead of this winter. Some European nations have gone further by codifying the heating and cooling temperatures of public spaces to reduce energy consumption.

Since the West has placed sanctions on Russia to penalize it for invading Ukraine, Russia has responded by reducing natural gas supplies to Europe and taking the Nord Stream 1 pipeline offline indefinitely. Two other pipelines through Ukraine and Turkey continue to supply natural gas, but most estimates suggest Russia is shipping only 20% of the natural gas it did a year ago. While the European Union has backfilled most of the lost supply with liquefied natural gas (LNG) and natural gas from Norway, the United Kingdom, and the United States, a shortfall still exists, which could have profound implications this winter for consumers and processors, especially in Europe, the epicenter of the energy crisis.

U.S. natural gas prices (Henry Hub) reached their highest level since July 2008 in August at $8.81/MMBtu, more than double last year’s cost. While that is expensive, world natural gas prices reached $51.15 compared to $15.28/MMBtu last year, based on International Monetary Fund data. Dairy products consume varying levels of energy, according to a 2004 paper in the journal Energy titled “From fluid milk to milk powder: Energy use and energy efficiency in the European dairy industry.” While the report is nearly two decades old, the plants and technology in the study remain in place today, making the data still valid. Cheese and butter consume considerably less energy than nonfat dry milk (NFDM) and whey due to the natural gas necessary to evaporate and dry powders. Even between powder and whey, NFDM is far more energy intensive. If natural gas costs continue to increase, or if access to the commodity is reduced, European processors could face difficult decisions because NFDM production is so energy intensive. At the same time, production of products like lactose and permeate, destined for feed markets, could be halted quickly.

After CME cheese markets spent most of September recovering from August’s sizeable price declines, block prices once again started to drop in the final days of trading. That widened the block-barrel price spread, with barrels assuming a premium again. Butter prices eased from new highs but remained steady for several trading sessions. Nonfat dry milk prices improved, but increases have been moderating. Most markets appear to be settling into a comfortable range as news continues to be mixed about future price prospects.

It appears European dairy processors could be getting ahead of potential natural gas shortfalls. Production of skim milk powder (SMP), for instance, increased by nearly 43 million pounds in June and July compared to last year despite news of slowing demand and flat milk production. At the same time, EU-27 cheese production fell 147 million pounds compared to last year. While this was due, in part, to lower milk production, shifts in the product mix also occurred. High SMP stocks headed into the end of the year, compared to cheese inventories, could allow European dairy processors to make more cheese and less SMP to better manage energy costs and availability. 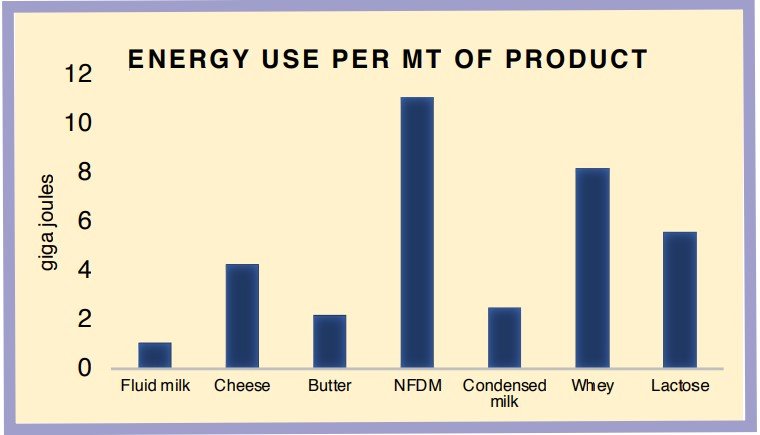 In the United States, energy prices could track higher this fall and winter. U.S. dairy cooperatives control most drying assets in the country, and with little ability to mitigate higher costs aside from discounting the price they pay for milk, NFDM production could be less profitable than in recent years. However, U.S. powder processors will be loath to shutter plants because the alternative—selling distressed milk or dumping it—is untenable. However, powder makers could sell milk to cheese makers if it makes sense.

The energy crisis has escalated debate about the European Union’s new Common Agricultural Policy (CAP). Some, including agricultural interests, want to pull back on aggressive measures aimed at managing nitrogen, phosphorus, methane, and carbon dioxide, while most consumers think reducing reliance on fossil fuels, especially from Russia, should take priority.

According to a European Commission survey taken last year, 96% of Europeans have taken at least one action to help mitigate climate change, and 90% believe the European Union should be climate neutral by 2050. However, the president of the World Bank recently said Europe’s energy crisis would worsen and continue to spread to other parts of the world unless the United States and other energy-producing nations increase production.

Whether CAP regulations are delayed will depend on whether energy-producing countries can respond to the shortfall, and that will be determined by winter temperatures and the ability of consumers and businesses to conserve. If CAP implementation progresses and the energy shortfall persists, some EU members could be pushed to reduce milk output, making Europe’s milk supply even more susceptible to weather events than it is now.

I’d like to receive the complimentary monthly MCT Compass!

The information collected is for MCT use only. We will not sell, distribute or lease your personal information to third parties unless we are required by law to do so.

The information contained in this newsletter is for general guidance only. It is not intended to constitute or substitute investment, consulting or other professional advice or services. The information presented is not an offer to buy or sell commodities. Compass accumulates then distributes opinions, comments and information from and based upon other public and reliable sources, but it cannot warrant or guarantee the accuracy of any of the data included in the newsletter. From time to time, MCT Dairies, Inc. may hold futures positions in commodities discussed in the newsletter. Always contact a registered financial advisor before making any decisions. MCT Dairies, Inc. shall not be held liable for any improper or incorrect use of the information contained in the Compass or for any decision made or action taken in reliance on the information in this newsletter. Reproduction with permission only.